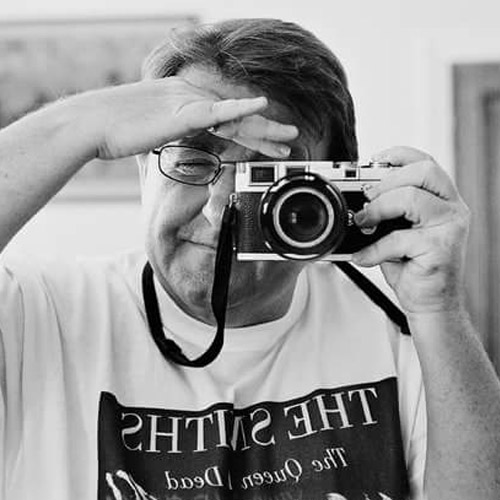 Although originally from a photojournalism/documentary background, Paul believes in a more conceptual approach that does not hold rigidly to a single paradigm or set of assumptions, but instead draws upon multiple theories, styles and ideas to gain complementary insights into a subject.

Paul's current project "Jerusalem Apostils", is a study of Stane Street, an ancient Roman road built in AD50 and the major south-west, north-east aligned Roman road that linked London with the regional capital of Chichester, parts of which are still in use today. It was the same road that William Blake travelled to Felpham in Sussex where he wrote "Jerusalem" to the opening page of his epic poem Milton, making the Sussex Downs the most likely model for “England’s Green & Pleasant Land”.

Paul is also a member of The National Union of Journalists (NUJ), the British Press Photographers Association (BPPA), The Blake Bloc and the William Blake Congregation.

Do plenty of independent research and read, both photo books and critical theory!
If your photographs aren't good enough, you're not reading enough and also attend exhibitions, not only photography.
Make notes on a daily basis, those that really do resonate with you and your work.
Try to shoot everyday and become passionate about your subject.
Always maintain engagement and collaboration with the course, your tutors and your peers. This collaboration is important, as online environments of collaborative knowledge enable all members of the cohort to contribute their interpretations and importantly it enables everyone to help each other through a process of mutual aid (with apologies to Kropotkin!).