Catch up on some exciting international screenplays that have been showcased on The Script Department Ltd podcast platform.

From emerging talents to established BAFTA-winning screenwriters, there’s so much great international writing to explore and I’ve compiled my personal highlights over the last two and a half years below.

These stories are listed in no particular order, and it is not exhaustive, but they represent the overall incredible talent on display throughout The Script Department network. Without further ado, these are my picks for my favourite stories on TheScriptDept. Podcast. 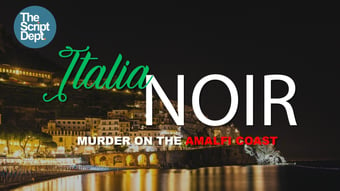 Who doesn’t love a good sun-soaked murder mystery set against the backdrop of post-war Italy? Italia Noir: Murder on the Amalfi Coast is the first episodic series I personally created for The Script Department.

Funded off the back of a successful Kickstarter campaign and read by acclaimed actor Dylan Kussman (The Dead Poets Society, Jack Reacher, The Mummy), Italia Noir is our love-letter to the old 1950s detective radio plays.

Co-written with lecturer Michela Cortese and MA Writing for Script and Screen alumnus Daniel C. Tuck, it’s a cocktail of murder, gangsters, movie stars and sex with a gorgeous orchestral score to boot.

Listen to Murder on the Amalfi Coast: Italia Noir | The Script Department 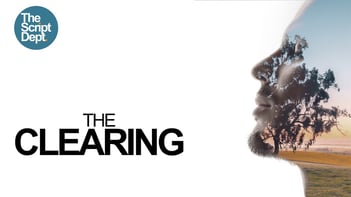 Written by MA Writing for Script and Screen alumnus Belinda Lees, The Clearing follows an Australian Constable, who is blamed for ruining the life of a young activist, as he tries to redeem himself by helping her fight to save a sacred Birthing Tree from destruction. Her presence, however, ignites buried war memories and unsettled family conflicts, which threaten his stability.

Inspired by the real-life struggle of the Djab Wurrung people fighting to protect their land in Australia, this is a beautifully written and performed story that offers a powerful social message about environmental conservation.

Get top tips on adapting your work for the screen in our two-part guide to becoming a screenwriter: 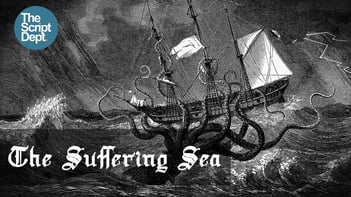 A religious crusader obsessed by his bloodline legacy is forced to question his beliefs and actions in the face of an unworldly storm. Meanwhile, his tormented wife grows delirious from a looming presence while his captives, a botanist, a brigand, and a cleric ruminate on their coming end.

Tonally inspired by Lovecraftian horror, Falmouth University alumnus, Christopher Parkinson, transports listeners aboard the doomed vessel. With all the atmospheric sounds of waves crashing over the bow and the unrelenting storm overhead, don’t be surprised if you get a bout of seasickness along the way.

Listen to The Suffering Sea: Suspense | The Script Department 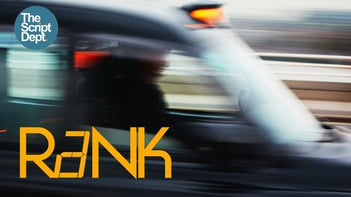 Rank is a real favourite of mine and comes from MA Writing for Script and Screen graduate Ben Jones. The story follows a cabbie trying to make a better life for himself whilst battling his past addictions when his wife leaves him for a richer man.

It’s a tragic story but brilliantly written and Ben’s performance as he reads it sucks the reader into the story to the point where you really feel like you’re a passenger in the car. 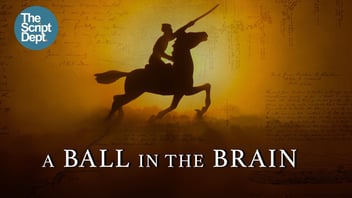 This one is for the history buffs. In Khartoum, General Gordon, a devout Christian, and the ablest commander of his day, is besieged by the army of the Mahdi. Guided by his faith, Gordon courageously faces his end in a war drama that links the past and the present, the political and the spiritual.

The attention to detail and historical accuracy from BAFTA-winning writer/director Stuart Urban is incredible. The story boasts so many fascinating characters, all fiercely performed by the inimitable Pip Torrens (The Crown, Poldark, Preacher). This was our premier story for season 2 in early 2021 and was featured in Screen International. 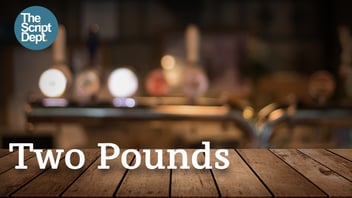 It is a normal quiet night at the Red Lion for bartender Amy, until a mysterious stranger emerges from the darkness with impossible knowledge. As the night wears on, Amy must choose whether to trust a man she has never met, or risk everything for the chance of something better.

This is the first on our list from screenwriter and Script Department producer Marcus Armstrong and it’s also the only story to date with a multi-cast reading. Marcus joins Script Department regulars Ruth Hayes and Belinda Lees to deliver an atmospheric and immersive experience. Join them for a late-night drink, won’t you? 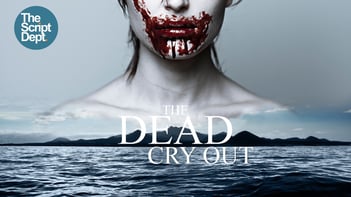 Our most successful story to date. Doctoral student, Amanda Devlin, visits a remote Irish island in search of her estranged brother-in-law, only to discover that the God-fearing community may be behind his disappearance to protect a dark secret about their home.

This four-part environmental thriller was written by co-founder Michela Cortese as part of her own doctoral research and was featured on BBC Radio as a regular series in early 2021. Expertly read by Downton Abbey’s Allen Leech, this is an adventure that asks you to leave the post-card beauty of the West of Ireland behind and instead set sail for darker shores.

On the subject of horror, this one comes from Daniel C. Tuck. When a homeless man is invited into a friendly home for a hot meal, he starts to realise that he hasn't been invited for hospitable reasons.

Daniel C. Tuck was one of the first graduates to come through our MA Writing for Script and Screen course and he developed this great short story as a student. He’s since gone onto publish his first horror novel, Furball, which has been met with great reviews so it’s always nice to revisit this story which was my introduction to his writing. 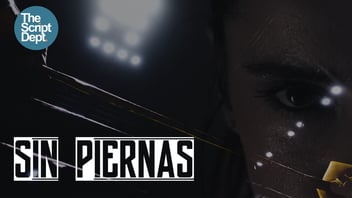 If you like pro-wrestling (and even if you don’t), make sure to listen to Tom Burrow’s poignant story about a young war veteran and former Olympian who turns to the squared circle to raise the spirits of an 8-year-old child.

Actor Ruth Hayes does a wonderful job of reading the script, not to mention the added sound of bodies hitting the mat, the crowds cheering and the uplifting score which all combine to lift the story from the page.

At the time of writing, this is our most recent story and another example of how ambitious and highly imaginative screenwriting can be so effectively realised through a script reading. This is Falmouth alumnus Alexander Butter’s love letter to the kind of pulp adventure heroes that gave rise to Indiana Jones and Lara Croft.

In Desert Rose, the titular heroine Joanna West races her former mentor across Egypt in search of the legendary Book of Athena; an artefact that promises unprecedented power for all who wield it. Outnumbered and outgunned, West needs to do all that she can to triumph; the fate of the world depends on it.

Expect shootouts and chases against a truly epic backdrop and comedic flourishes now and again thanks to the superb performance from Lydia Blakemore Phillips.

The last two and half years have seen so many great stories and screenwriters cross our paths on The Script Department, too many to mention here. And there’s even more to look forward to in the coming months.

We’re busy assembling our slate for the next batch of script readings so make sure to subscribe to our podcast, The Script Department, available on all major platforms or visit our website at www.thescriptdepartment.net to see all the latest news and updates and how and when you can submit your own script for consideration!

John Finnegan is an Executive Producer at The Script Department and a Senior Lecturer in screenwriting at Falmouth University. Connect with him on LinkedIn.

Learn the fundamentals of storytelling and how these can be applied to your chosen script medium with Falmouth Flexible's MA in Writing for Script & Screen. Study part-time and online: