Phil Hill is a graduate of Falmouth Flexible's MA in Photography. Read about his Final Major Project to get an insight into the type of work students produce on the course.

Phil's Final Major Project for his MA in Photography is called 'Unreliable narrator' and considers the stories we tell to ourselves and each other. We are all fallible, all unreliable.

The project began with the reminder of a 20-year-old question; one that I was far too young to comprehend at the time. Why do you keep the photograph you cut if it wounds so deeply?

Soon to be available as a book, Unreliable narrator is a journey to discover the answer to a family secret, navigating different truths, beliefs and half-told stories. Read more about the project below:

The Absence of the Photograph

Whilst I was casually looking through a family album, I came across an image that I must have just glossed over before. The page was in an album from the late 1970s, before I was born. It had turned orange from age, or by some fault of the camera and process, a common feature of many of the photographs in my parents’ archives.

To me, the subject of the image was not a particularly striking one, depicting my aunt and my paternal grandfather who looked like they were having fun at the time the photograph was taken – all very vernacular.

This was an image that you would expect to find in most family albums amongst other selected moments of births, weddings, holidays etc. However, it was the physicality of the photographic object that made me pause – it had been cut. 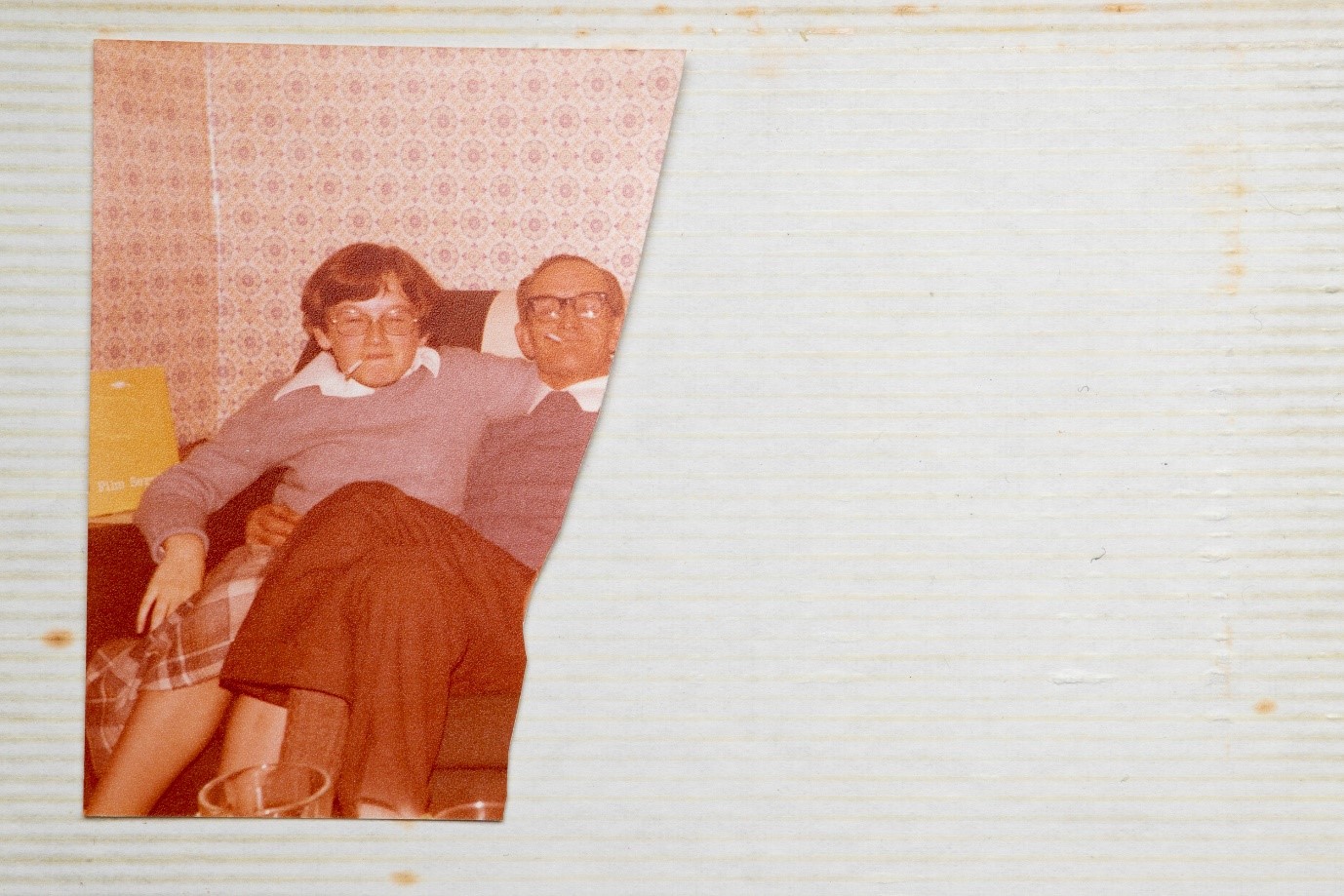 The way that it happened suggested the removal of something, or more likely someone, unwanted. This had not happened when originally placed into the album either, there is a faded outline, a spectre of the pristine 6x4 print that was once on the page – it is the hauntological object that reminds us of the person who the editor cannot bare to look at.

But why keep it at all? Surely, it would be better to remove the photograph from the page entirely, or replace it with something more acceptable. This ‘edited’ object is what creates the intrigue; it is what made me pause to ask why.

Despite recognising the people in the photograph and its links to my family, it was never intended for me. When I look at the image I am trying to fill the void left from the absence of the missing piece, without context; for the person who ‘edited’ the photograph, a stark reminder of the reason why this person should be excluded.

Collaborate with professional photographers on a global scale with Falmouth Flexible's MA in Photography:

It is a powerful act to deface an image and potentially the only meaningful way of acting on emotions unable to in reality. Photography shapes our experience of the world and how we remember, intervening with an established photograph from the archive is an extension of it. David Levi-Strauss points out: “we believe what we remember (sometimes to our detriment)” (2020:43).

Barthes does this most famously with one of the most famous images no one has ever seen – The Winter Garden Photograph (1993:67). He openly choses not to print this image because it is “one of the many thousand manifestations of the ordinary” (p. 73), but that’s the point. We are already familiar with this photograph and its conventions through our personal archive and established canon.

Barthes’ later prints ‘The Stock’ [ne.‘La Souche’] (p. 104) from his own archive, which bares many similarities to the described Winter Garden Photograph and may in fact be the photograph (Olin, 2009, p. 82).

Barthes has provided us with a photograph to confirm the construction of our own version, or crucially, as Barthes wished it to appear to us; simultaneously demonstrating the absent photograph’s power over the conscious and the way narrative is influenced. It doesn’t matter if the photograph existed, as Margaret Olin noted: “The punctum is the detail that is not there, or that wishes were not there” (p. 83).

I have since discovered, the absence in my photograph is my grandmother. The editor is my mother. The two have not spoken for over 20 years without any explanation, leaving me with a single sided narrative to form my construction, much like Barthes did with the Winter Garden.

My image could have very easily been just another in a benign sequence of images. For my mother, who made the cut, the image is ‘punctum’ – it wounds her. So much so that it manifests in the physical object of the photograph for me too as I view it - wearing its raw emotional power openly. Photography is powerful even in its absence.

'Unreliable narrator' by Phil Hill comprises of a book consisting of photographs and a short story insert, which can be read together or independently. 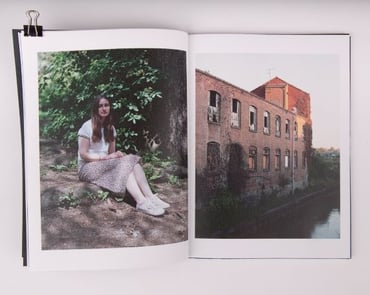