The BBC’s Science Editor David Shukman joined a session of the MA in Journalism at Falmouth University.

In a wide-ranging talk over an hour, he discussed the impact of climate change, how his reporting has been affected by the Coronavirus pandemic and the challenges of relaying complex science theories to a general audience.

The session was chaired by Kevin Bishop, lecturer in audio-visual journalism and formerly David’s producer at the BBC. He asked David what he thought the BBC science editor will be reporting on in 25 years’ time.

“In 25 years - there'll be people on the moon by then. Definitely, there'll be a race to see whether it's Chinese boots that kick up the dust of the moon before Americans – there also might be Indian astronauts there by then. I think that there'll probably be a little moon base of some kind. I wouldn't have thought people would have got to Mars quite- but it's not impossible - but that's way, way more difficult.

I think we'll be encountering more of the realities of what Artificial Intelligence means in our lives. I think all of the questions about the power of the big social media giants will become bigger and will loom larger, and with it the power of AI and it’s ability to think for us.

And I think we're just going to see, possibly not in a step change, but an incremental rise, in the severity of extreme weather. I think it’s not automatically the case that every storm gets bigger but there'll be more of the more powerful category of storms. There'll be more people at risk in low lying coastal cities, because the sea will be a little bit higher in 25 years’ time. I think the pressures on agriculture in some parts of the world will mean that the crises will be perhaps more severe or more frequent.

And I think I this is a terribly gloomy point, but talking to pandemic specialists, many of them say this isn't the big one. This virus is very good in its own way. It's good at spreading. It's quite good at killing people but there are other ways in which future pandemics could be more disruptive. So I think the more we clear natural habitats, the more you've got people eating wild animals, the more there's the interface of human and natural spaces, the more there's the risk, and the more globalised we become, the more there is a risk of things emerging and getting flown around the planet in a matter of days.” 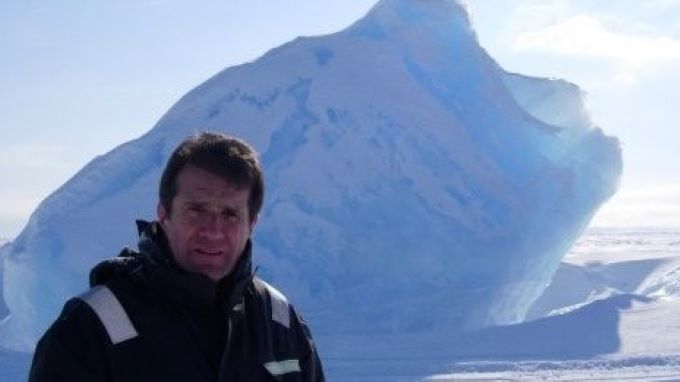 But asked what we could be optimistic about for the future, David was very upbeat about our prospects:

“We are a species that is, on the one hand, really good at being short sighted. I mean - let's build the factory on a river upstream of a town, that pollutes the river, so the drinking water is toxic. I mean they were brilliant at polluting whole areas of the oceans. But when our backs are against the wall we're very, very inventive.

I think the thing that does give me hope is that is that just in the last five years, and actually even in the last few months, there's been a sea change in engagement on climate change. I don't know if any of you've seen Bill Gates’ book which has come out. That means something. That the world's greatest philanthropist really buys into climate change as something that needs urgent attention. He maps out a very ingenious set of pathways to tackle it.

We've got a monumental problem, but I think the sense of our backs being against the wall has led to a change which should be productive and so hopefully there will be a massive rollout of very clever renewable technologies, storage systems, we'll all be in electric cars, a whole lot of technology will have come to our aid and be deployed. And, and things will look a lot more hopeful.”

As an online MA Journalism student with Falmouth Flexible, you'll have access to a programme of guest speaker events with industry experts. You can start in January, May or September. Find out more: