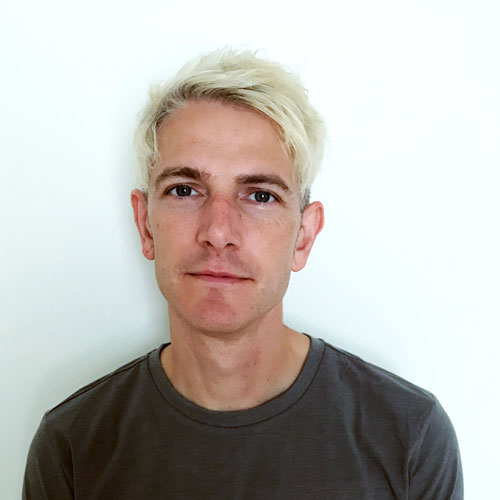 Iain Lobb is an award-winning game developer and designer, who began his career by making Flash games in the early 2000s.

As Head of Interactive for Bloc Media he won Webby, BIMA and Cannes Lions awards for creating hit online games such as The Osbournes, Stackopolis, Meta4orce and Zwok.

Since 2013 Iain has focused on Unity engine, particularly for mobile game development, and has worked with a wide variety of studios including Mediatonic, EA, Endemol and Preloaded. In 2015 Iain worked with CBBC to design and develop The Dumping Ground: You’re The Boss, which was the UK’s most downloaded kids game and went on to win a BAFTA.

Iain has spoken on game design at international conferences, such as the Flash Gaming Summit in San Francisco, and began university lecturing in 2011. From 2018 to 2020 Iain was the award leader for BA(Hons) Game Arts and Design at the University of Plymouth.

There is no better learning experience than releasing your games into the wild and seeing what clicks with players. You will learn an incredible amount just from the process of polishing something to a state you’re happy to release. Start by making something really simple, and give your first few games away for free – you’ll know when you’ve made something good enough to charge for!

Study online from anywhere in the world
Read more